The United Nations Convention on the Law of the Sea
(UNCLOS) was signed at Montego Bay, Jamaica, on 10
December 1982. The signing of the Convention marked the
conclusion of the Third United Nations Conference on Law
of the Sea, which had lasted from 19731982. The
Convention entered into force on 16 November 1994, twelve
months after the sixtieth instrument of ratification or
accession had been deposited with the United Nations.
The Convention combines in one treaty the four conventions
that were signed at Geneva in 1958, dealing with the Law of
the Sea, namely: The Territorial Sea and the Contiguous
Zone; the High Seas; Fishing and Conservation of the Living
Resources of the High Seas; and the Continental Shelf. In
addition, within its 320 articles and 9 annexes, the 1982
Convention covers many new areas of concern, including in
particular the protection and preservation of the environment
and the resources of the deep ocean floor.

UNCLOS is a complex and broad-ranging formulation of
international law that seeks to regulate the use of the
world’s oceans for the benefit of humankind. Numerous
scientific and technical considerations impinge upon the
application of UNCLOS, just as UNCLOS has implications
for the practice of marine science and technology.
This Manual addresses the interplay between the Law of the
Sea and the disciplines of Geodesy, Hydrography, and
Marine Geoscience. It provides an overview of a series of
technical issues whose satisfactory realisation is key to the orderly practice of international law in the ocean environment. 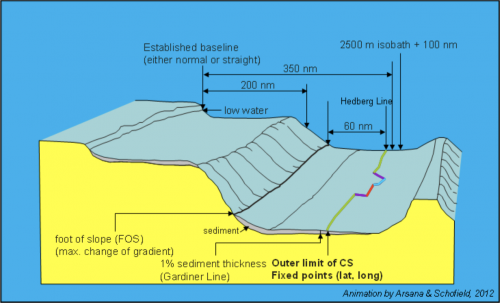 Mr Grant Boyes
Chair of the C-51 Editorial Board
grant.boyes@icloud.com

Capacity building on technical aspects of
the Law of the Sea is provided on request, mainly through
IHO regional offices. 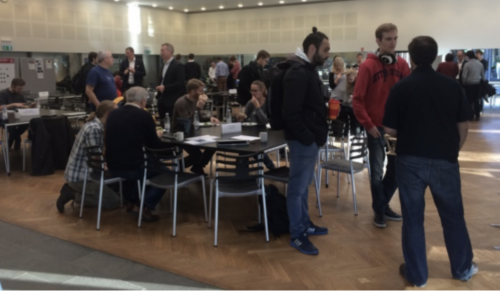 Capacity building on technical aspects of
the Law of the Sea is provided on request, mainly through
IHO regional offices.