• Provide advice, guidance and, where applicable, offer expert interpretation of the hydrographic, geodetic and marine geo-scientific aspects of the Law of the Sea to the parent Organizations, their Member States or to other organizations on request.

• Review State practice and jurisprudence on Law of the Sea matters which are relevant to the work of the Board so as to be in a position to Provide expert advice when needed.

• Study, promote and encourage the development of appropriate techniques in the application of the technical provisions contained within the UN
Convention on the Law of the Sea.

• Issue, review and update ABLOS publications as necessary and to review the relevant IHO Special Publications.

• IHO Member States may send observers to meetings, as well as IAG and ABLOS observers 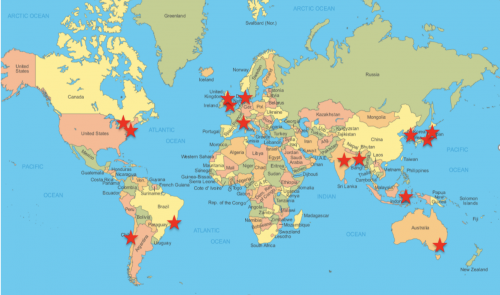 The Advisory Board geographic distribution

• Business Meetings outside of Monaco are accompanied by regional ABLOS seminars 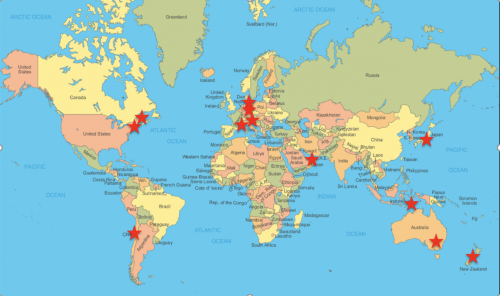 The Advisory Board Business meetings

When the United Nations Convention on Law of
the Sea (UNCLOS) was signed in December 1982 it became apparent that there was a need to explain the meaning of quite a large amount of fairly technical terms contained in its text to the wider audience including lawyers and politicians.

In order to fulfil its obligations, the President of the IHB initiated the concept of a Working Group to develop an IHO Special Publication on the Technical Aspects of the Law of the Sea Convention. Participation in this group was invited in IHB Circular Letter 37/1984 and Circular Letter 16/1985 announced the twelve members of the group.

(GALOS). In view of the special expertise within this group it was invited to join the TALOS Working Group at its fifth meeting, held in Monaco in 1990.

TALOS 2 nd Edition was published in 1990, with the contribution of members of the IAG GALOS, and the 3 rd Edition in 1993. However, only in 1994, in Hanover, IHO and IAG formed a joint Advisory Board to provide advice and guidance and offer expert interpretation of hydrographic, geodetic and other technical aspects of the Law of the Sea to parent organizations, their member States, and other organizations on request.

In 1999, Intergovernmental Oceanographic Commission (IOC) was invited to join and in 2006, IOC withdrew. ABLOS parent organizations are IHO (International Hydrographic Organization) that is an intergovernmental consultative and technical organization, established in 1921, to support safety of navigation and the protection of the marine environment. And IAG (International Association of Geodesy) asscientific organization in field of geodesy, which promotes scientific cooperation and research in geodesy globally and contributes through its research bodies.

One of the important functions of ABLOS is the holding of an International Technical Aspects of the Law of the Sea Conference, every two years, in Monaco. The main benefit of this conference is that it brings together different specialities – lawyers, technical specialists and academics. Papers cover a wide range of topics and regularly generate healthy debate on some of the current issues in the field. ABLOS is required to hold an annual business meeting (BM). In many situations, when the BM is held outside Monaco, it is normally accompanied by regional ABLOS seminars in order to allow technical discussion related to UNCLOS in different locations and according to the host region needs. Another important ABLOS activity is the Capacity Building. With respect to the IHO, Capacity Building is as the process by which
the Organization assesses and assists in sustainable development and improvement of the States, to meet the objectives of the IHO and the obligations and recommendations related to hydrography, charting and maritime safety described in SOLAS Chapter V, UNCLOS and other international instruments. In

that sense ABLOS can provide advice on technical aspects of UNCLOS. 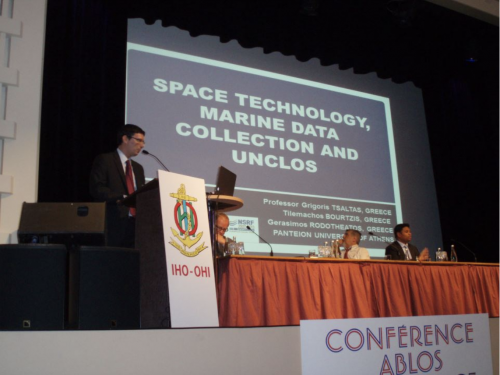